The Myth of Free Speech 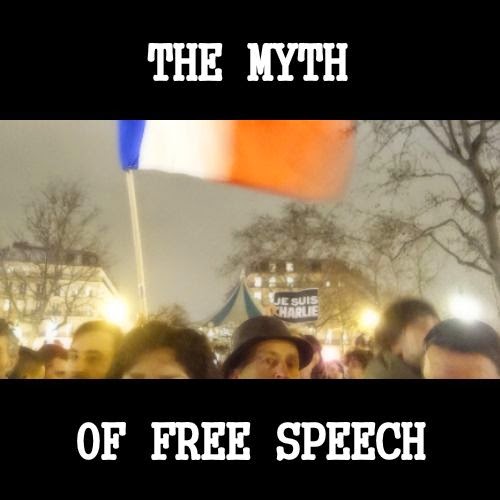 A funny thing happened on the way to Paris.  Leaders of a country that had, up until that time, been considered the top advocate for free speech were a no-show at the world’s largest rally for it.

A lot of people applauded the snub.  The media in America and around the globe sprouted columns decrying the “hypocrisy” of some of the free speech advocates, and attacking the “racist,” “Islamophobic” and “insulting” nature of the rhetoric.  The love of free speech, as it turns out, is not nearly as universal or as deep as some had believed.

The backlash was no surprise to me.  There are times when, as a journalist, I have come to fear that the love of free speech is more myth than fact.  Here in 21st century America, we act as if we believe our citizens have a constitutional right not to be offended.  Say the wrong thing and offend the wrong person or group, and you may find yourself ostracized, pilloried in social media or even in mainstream news coverage, and perhaps forced out of your job.
Continue reading »
at 10:56 AM 2 comments: 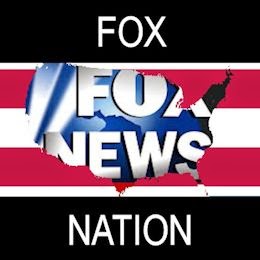 Liberals would have you believe Fox News is destroying America.  Is that true?

Oh, Fox News.  Why do liberals loathe and detest thee so?

I think the answer to that is pretty obvious, actually.  Liberals can’t control Fox News and, despite the best efforts of the left to shout it down, huge numbers of Americans watch it.

And they fight over it.  Whenever I mention the phrase “Fox News,” one of my close relatives gets up and leaves the room.  Well, then.  But she’s certainly not alone.  When the subject of Fox News came up on my radio show this week it resulted in louder voices than I’ve heard from callers in some time.
Continue reading »
at 11:05 AM No comments:

Even More Musings about Weird Coincidences and Strange Happenings 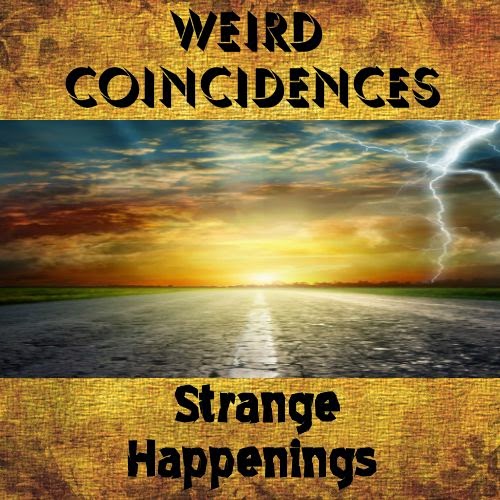 In this installment:  Three premonitions of trouble, conflagration and disaster come true.

By the age of 27 or so, I had pretty much put behind me the unusual coincidences and other strange happenings that had taken place earlier in my life.  By this point, I was a level-headed news professional, or so it appeared, employed in a big city TV newsroom and not appearing to be any more of a whackjob than anyone else working in that environment.   But then three incidents happened in rapid succession that made me sit up and say, “Wow.”  All three were spectacular.  Two took my breath away.

The first of those at first seemed like just a funny—hysterically funny, in fact—but ultimately meaningless coincidence.  It prompted a round of laughs all round, but didn’t strike me as possibly having any real significance until much later.  It should have.
Continue reading »
at 9:39 AM No comments:

Revenge of the Scorned Cat Man 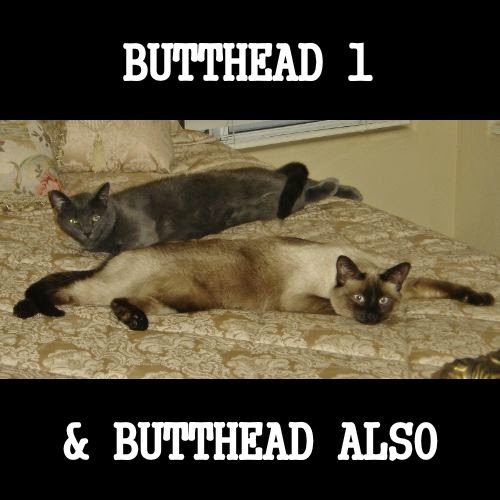 How I got back at my cat and restored social justice to the household.

One of the things that come with mature adulthood is the ability to look deep within oneself and deal honestly with one’s feelings.  Of late, I have been forced to recognize and respond to the fact that not only are my cats are jealous of me, but that the reverse is true, and that the resulting rivalry for my spouse’s time and attention is adversely affecting my home life.

By appearances Deborah and I have two cats, to whom I have given, with alleged affection, the nicknames Butthead 1 and Butthead Also.  Actually, the reality is that she has two cats and I have none.  I refer to them Deborah’s Entourage; whither she goest, so goeth they.  Mina, our Siamese, will come see me in my home office on occasion, where she will deign to sit in my lap and be petted, but only in five minute increments, and only when Momma isn’t home.  Ellis, a gray cat that Deborah likes to think of as a Russian Blue but who really is a random mix sans pedigree found born in a woodpile, wouldn’t come around me if I were to slather myself in tuna oil.  Whenever I approach, he immediately skitters off.
Continue reading »
at 10:21 AM No comments: 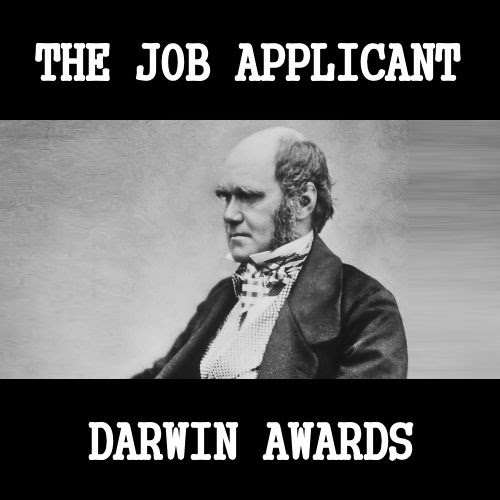 It was an attractive résumé photo with a cheerful caption.  But the caption did not convey the meaning the writer intended, with hilarious results.  It’s one of many sometimes spectacular examples of real-life job candidate self-immolation I have collected over the years.  Read.  Enjoy.  Learn.  And share.

Here is the full article on the Radio Television Digital News Association website.

And as always, if you like this brand of reality-based humor, check out my novel Messages, which applies the same treatment on a wholesale basis to the TV news industry.

A Journal of the Crazy Year on the John C. Scott Show

Tucson radio legend John C. Scott invited me on his show to discuss the facts and myths behind the post-apocalyptic science fiction novel, A Journal of the Crazy Year, issued this week in print (also available for the Kindle).

Radio Interview: "A Journal of the Crazy Year"

Jim Parisi was kind enough to have me on his morning drive radio show to discuss my sci-fi novel, A Journal of the Crazy Year, which is now available in print (also for the Kindle).  We discuss how it came about, the real life plague that inspired it, recent trends that make you wonder if the novel isn't already coming true, and the great reviews the book is getting. 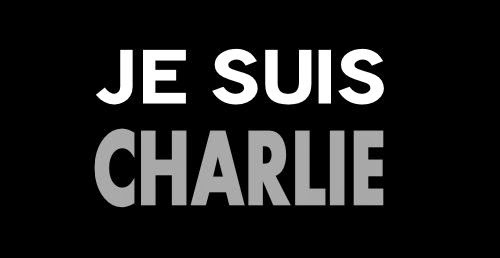 Stand with Charlie Hebdo.  If you engage in free speech--especially if you write for a living or a hobby, or you read the works of those who do, then add  your voice.  Sign the petition.  Act on it.  Share it.

Click here to see the petition
at 10:42 AM No comments:

Interview with a Martyr 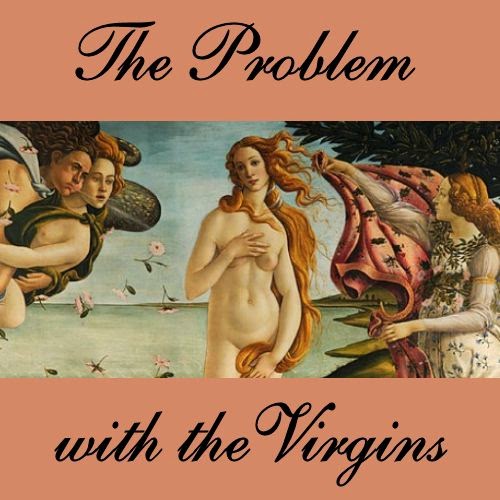 The barbaric attacks on the French satirical newspaper Charlie Hebdo just reminded us all of the following key fact.  More than bullets, guns, mortars, cannons, air strikes, or “boots on the ground,” the forces of tyranny, intolerance and darkness fear the pen.  While the use of police, soldiers and all forms of lethal military force have little psychological effect on these mindless fanatics other than to make them look forward to “martyrdom,” it’s the threat of ridicule that has the murderous rats quaking in their blood-stained boots.  Those who would enslave us all in the name of religion fear only our scorn, derision and laughter.

Let’s let them have some more of that.  Plenty more.

Today I added the French words “Je suis Charlie” to my blog, Facebook, and Twitter account headers.  I urge every person who craves freedom and who despises the forces of religious enslavement--especially if you are a journalist, writer, news consumer or reader-- to do the same and then, having done so, to celebrate it and to urge others to do likewise.
--Forrest Carr
Je suis Charlie

“Interview with a Martyr”
Gloomberg News Service
for immediate broadcast

It’s been one year since Taliban operative Hassan al-Libi blew himself up in a suicide bombing attack in Afghanistan, killing more than 30 men, women, and children.  Recently al-Libi sat down with Gloomberg News reporter Rip N. Reed for an exclusive interview.

Gloomberg News:   Mr. al-Libi, thanks for agreeing to sit down with us today.  May I call you Hassan? 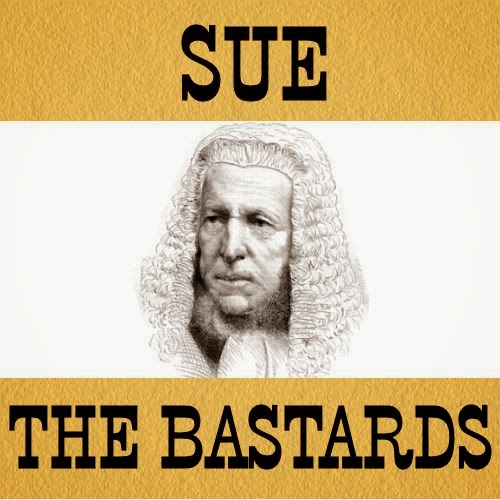 In this installment:  screwed-over employees, a shellfish shock, and an embarrassed burglar seeks revenge.

Dear STB:
My employer operates auto upholstery shops in several states.  Recently it closed its local business and threw me and about 15 other people out of work.  We’d become unhappy with pay and working conditions, and recently one of us had contacted a union in town to inquire about organizing.  Our company has always let it be known that if we workers ever were to unionize, they’d shut down the shop.  This looks suspicious to me.  What can we do?
--Scrood in Scottsdale
Continue reading »
at 9:12 AM No comments: