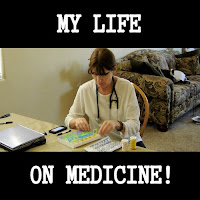 My wife Deborah says that right  now the question of the month/week/day/hour she’s getting at the moment is simply this:  has Forrest really lost his mind or is he faking it?

The answer is:  I haven’t lost my mind but nor am I precisely faking it.  I’ve enjoyed taking off on a rambling, somewhat whimsical mood over the last couple of weeks, doing whatever I want to do.  Of course, I have found that this is a double edged sword.  If I want to take off, for instance, go buy a couple of Eveready batteries and hook up the cat buggy that we got Ellis and Mina for Christmas, or to plug into their Motor Bug, it’s well and fine – until such time as I decide I’m ready to stop with the game.  The cats know the batteries have not given out (they’ve seen the commercials) and they refuse to let the game end.   Their version of the game is not particularly robust, however, mainly consisting of sitting at the side of the carpet and hollering until one of us revs the toy up and gets it zipping around again.

The motortack buggy wasn’t really designed for this kind of thing, which more or less makes it perfect. Just set it to dive for the cat’s nose and then stand back to watch the reaction.  It has limited steering (very limited) and you can get it to make a dive at the cat’s nose if you take the time and a little practice.

The doodle bug is a bit more ingenious.  It has rubber runners down sides.  When you turn it on, a vibration motor causes the whole thing to travel in a more or less straight line down the center of the floor.  There are no wheels for it to be knocked off of, so you can knock it off course but not off its feet.  This drives both cats batsh*t crazy.  They’ll sit there and holler and chase and chase and holler until they’re about worn out.

And now you know how I spend my day every day.

I have to say I really enjoy spending time with Bride of the Bloviator every day.  She’s wonderful company and we keep ourselves entertained.  I don’t know what I’d do without her.  Well, actually, I do,and those consequences are not pleasant to contemplate.  The night before last we watched The Martian via On Demand movies; it’s a really good flick, by the way.   Last night we watched The Visitor and then watched Gravity again, which we’d seen before. All three films were well above average and we highly recommend them even if you’re not a sci-fi buff.

My medical situation is pretty much as I’ve been describing it.  Some days are better than others, and some days are very much better.  Yesterday, not a good day.  I went around all day feeling like I’d been shot.  If I were a better writer I could tell you precisely where; suffice it to say it appeared the bullet went in just below rib #8 and it hurts like the dickens.  For treatment I take the pain killers the docs have ordered,  primarily dilaudid, lorazapam to keep me sedated (hence the occasional piece of word salad in my narrative) and methadone.  Yeah, I know, that is a scary word and it does scare  me.  That is why I am on a very closely guarded regimine for treatment.  There is no “high” to the treatment, no feeling of euphoria on either side of it.  Deborah administers the drugs and I take what she tells me to take when she tells me to take them.  The hardest part is the pain—the “shot through the gut” as it were.  Lack of sleep has turned out not to be an issue; I’m getting plenty of that.  In fact, arguably I’m getting too much sleep, by a factor of 25%.  But since lack of sleep has always been a problem of mine, I  just go with the flow and see where the morning takes me.   Usually it takes me to a good place.

I have a hospice nurse who comes by once a week to check up on me physically to make sure I’m doing OK, and almost every time, I am.  She rides herd on me to make sure I take my medicines appropriately, which I do.  I’m a good citizen in that regard.   I really love this lady; she takes good, strong care of me.   There is no telling how long the treatment will continue to work for me; worrying about that is a constant concern for all three of us.  But really, there’s nothing that can be done about it.

Since Christmas I’ve received dozens of inquiries via Facebook and email.  I’m going to go down and answer some of those now individually.  I apologize that it’s been so long in getting back to everyone.

Jenny Grzelak-Martinez and Julie Kraft:  I couldn’t have said it better myself, and won’t even try.  It’s good to know that I’m being thought of.  The reverse is true too.  God bless you.  Jenny, good luck with your travels at the Mayo.