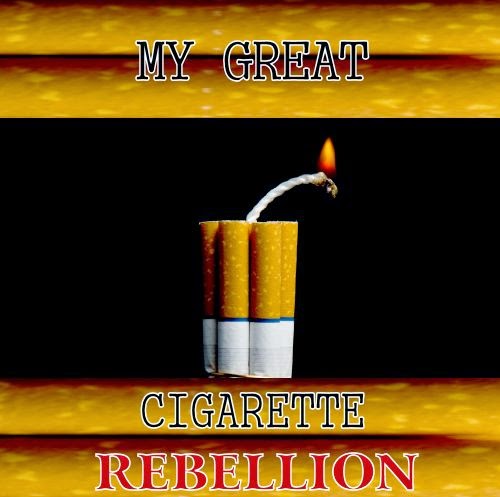 How my mother’s simple request to run an errand changed my life.

In January I was diagnosed with a relatively rare form of kidney cancer—Transitional Cell Carcinoma, which had begun in the kidney and then descended into the bladder.  Thankfully, it had only just arrived in the latter when we caught it, otherwise I’d be of considerably less use to myself right now.   But the left kidney had to come out.

Right after delivering the news, my doctor—who is world renowned in his field—asked whether I smoked.  I assured him I didn’t.  Then he wanted to know when I’d quit.  I told him the stone cold truth:  I’ve never puffed a cigarette in my life.  An eyebrow went up.  He didn’t quite say, “Uh, huh.”  But I could tell he wanted to.  He went on to explain that the disease I had was considered a smoker’s cancer.  Kidney cancers are not particularly unusual, he told me, but my particular type is.


The next time I was in the office, we repeated the Q&A drill about my smoking.  It occurred to me that perhaps he’d forgotten my earlier answers, but I had a hard time believing that.  Smoking is an important part of any patient’s past history, and doctors take careful notes on that kind of thing.  It seemed much more likely that he just flat didn’t believe me.  I stuck to my story, and explained that both of my parents had smoked.  He seemed to accept the answer.

He hadn’t.  A little while later he found the opportunity to sneak out into the lobby and ask my wife how long it had been since I’d quit smoking.  When I found out that he’d checked up on me in this fashion, I tried not to be hurt about having my honesty questioned.  I can only assume that some of his other patients must lie like dogs about this kind of thing, perhaps not wanting to be told to quit.

To say I was around second hand smoke when I was a kid is like saying the average fish occasionally spends some time in a wet environment.  My mother spent every waking moment with a Kent III snugged between the middle and index fingers of her right hand.  A smoldering coffin nail could be found between my father’s yellowed fingers at every moment, period, waking or otherwise.  By the time I was 4 or 5, the hardwood floor by his side of the bed was covered with about a hundred black burn marks from cigarettes he’d dropped after drifting off to sleep.  Mom finally made him stop smoking in bed after he set fire to his second mattress.

I have several paperback books that used to sit on my bookshelf in my boyhood room.  The spines for all of them are yellow with nicotine.  Obviously, books don’t breathe.  If such discoloration can happen to books just from sitting there soaking in the ambience, can you imagine what my lungs must look like?  I lived with my parents for about 20 years.

As someone who’s always been interested in the news, by my teen years I was very aware of the dangers of tobacco.  I’d long since given up trying to shame my mother into quitting.  Her stated excuse was that when she’d started smoking as a teen (she never told me when, but I’m guessing she’d been smoking since about the age of 15), the dangers of tobacco weren’t known.   The actual fact is that she just didn’t want to quit.  And forget about Dad.  There was no arguing with him on any subject at any time about nuthin’ (a trait he passed on to me).

When I was 16, my parents bought me a very used Toyota Corolla so that I could drive to school.  It was only natural that they’d ask me to go run errands for them from time to time, which I did without complaint.  Until one day Mom asked me to go down to the neighborhood Git ‘n’ Go to pick up a carton of Kent III’s.

Both parents knew how I felt about cigarettes.  Plus, what they were asking me to do was illegal, and the fact that a store manager friend of theirs was willing to slip me a carton under the counter to take home to them didn’t change that.  So when I balked, I really thought they’d quickly back down and withdraw the request.  But my father had commanded a platoon of tanks in World War II, and was not one to retreat in the face of any challenge, especially one to his authority.  Voices were raised.  Fingers were jabbed.  Threats were issued.  Dad told me that if I didn’t hop in the car and go get those cigarettes right that very moment, he would take my car keys away from me.  I assumed he was bluffing, since this would have entailed one of the two of them having to drive me to school.  But he wasn’t any less hotheaded than I was.  When I refused to give in, he demanded the keys from me.  I handed them over.

For the entire rest of the day and the first part of the following morning, Dad left me wondering what was going to happen next.  Just before the time I’d normally leave for school, he walked up to me and returned the keys without a word.  Nothing more was ever said about it.  And neither of them ever asked me to go on a cigarette run again.

It didn’t even occur to me until much later that I’d gotten off pretty easily.  At the time, I was attending an expensive private high school, driving a car that my parents had given me as a gift, and using their credit card to pay for the gas.  They could have taken any of that from me in a flash.  I’ve lived long enough and seen enough by now to know that plenty of other parents would have done just that, and would have proceeded to smack any little teen rebellion like mine down hard.  But I got away with it.

Still, the incident helped kindle in me a life-long distrust of authority, and a willingness to stand up to it.  At the age of 16, my parents were the main authority figures in my life, and I’d never challenged them before or defied a parental order in any way, shape, form or fashion.  In fact, I was a very respectful kid.  But I knew cigarettes were wrong, and that any authority commanding me to participate in the purchase of them therefore must also be wrong.  Later it occurred to me that the government had to be wrong, too, for allowing cigarettes to happen (a view I have since softened).  This newfound distrust of power would guide my life in the world of journalism, sometimes to my detriment.  My Cigarette Alamo would not be the first time I’d stand up to authority, but little did I know at the time that I wouldn’t always get away with such things.  (And those are stories for another day).

Two years later, my grandfather began a long, slow, and final decline from emphysema (these days most often referred to as COPD).  Papa smoked until the day he died.  In fact, his last exhalation on planet Earth was filled with cigarette smoke.  My mother was holding the cigarette for him.  I had hoped that watching her father waste away before her eyes from the effects of a lifetime of smoking would finally convince her to give it up.  Nope.

About 20 years later, her brother, my beloved uncle who was also a lifetime smoker, suffered a major breathing crisis.  His doctor told him that he’d be dead soon if he didn’t quit.  He did, giving it up cold turkey.  What they don’t tell you is that when you quit at that stage, you don’t get better.  Instead, you get worse more slowly.  His sharply declining health finally killed him a few years later.

In his final year, my father had three different kinds of cancers competing to put him in the ground.  Brain cancer won.

Still Mom did not quit.  She kept smoking those Kent III’s until she faced the same breathing crisis her brother had.  Only then did she stop—a feat, as he had done, that she accomplished cold turkey.  But she faced the same fate as her brother, and within a few short years COPD had killed her, too.  And like her father, she spent her final year wearing an oxygen tube.

If America’s Prohibition era of the last century, along with our current disastrous war on drugs, have demonstrated anything, it’s that you can’t separate people from their vices.  Ultimately, it’s always up to the individual to make a choice, or make a stand, as the case may be.

When I see kids hanging out in front of their high schools or the local convenience store smoking, I just want to scream at ‘em.  I hear that kids puff away because they think it’s cool to have a cigarette dangling from their lips, and stylish to be able to pose and gesture with one held between the fingers.  One would hope for a bit more social consciousness.  At a time when some of our youth are crusading for government and business to think less about profits and more about the environment and other issues affecting the public good, these kids are forking over their money to greedy, lying, cynical, rat bastard corporations who sell them poisons and then feel good about it.  There is a word for this kind of consumer.  It’s called, “chump.”

If you smoke, I respect your right to make that choice.  What I don’t respect the choice you made.  Still, if you think that whatever pleasure you’re deriving from the act is worth it, and you don’t mind dying in suffocating agony a bit further down the road, then go ahead, knock yourself out.  Certain corporate executives, tobacco farmers, and undertakers will thank you for it.

Smokers love to invoke their rights.  Of course, later some of them will be citing their right to have me help pay for their cancer, cardiac or stroke care.  Fine.  That’s the way the system works.  However, to steal a phrase, your right to swing your cigarette ends where my nose begins.  In particular, exposing kids to second hand smoke ought to be considered a form of child abuse.  No, I’m not seriously suggesting that children of smokers should be removed from the home.  But is it something a judge should consider in custody disputes?  Absolutely.

As for me, I’m not angry with my parents.  They raised me well and did a lot of good things to set me on the right path.  I thank and honor them for that.  I’m also grateful they helped inspire me to join a profession where I could challenge authority and speak truth to power for a living.  It’s a thankless job.  But somebody—well, you get my drift.

And I’m not just blowing smoke.

I just had my second surgery for bladder cancer.  I’m publicly sharing what normally is a very personal detail so that others in this situation will know this happens to a lot of people, and it isn’t necessarily the end of the world.  This surgery had far fewer complications and residual pain than the first one.   It now seems likely that I’ll be getting this done every few months from now on.   Believe me, when it comes to tobacco-related cancers, there are far worse fates.

Copying this blog entry to a loved one or friend who smokes would be really obnoxious.  Do it.  The link is below.  You can paste it in your friend's or loved one's Facebook timeline, email it, tweet it, or whatever else you'd like to do.
http://thebashfulbloviator.blogspot.com/2014/09/my-great-cigarette-rebellion.html