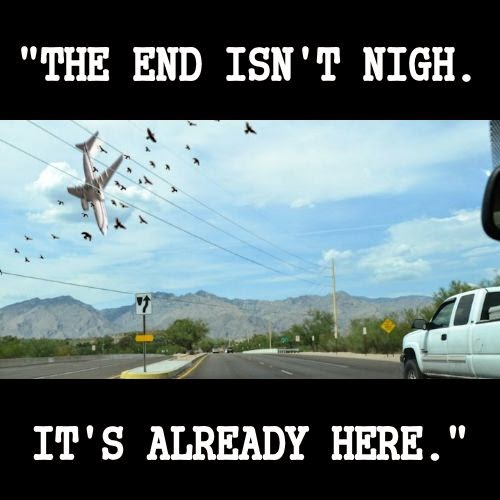 The full text of the Kirkus Review is below.
TITLE INFORMATION
A JOURNAL OF THE CRAZY YEAR

BOOK REVIEW
A pandemic helps humanity destroy itself in this wry apocalyptic thriller.  In 2015, John Cruz wakes up in a hospital in Las Vegas. He’s surprised when a pair of orderlies quickly restrains him, as if he’s capable of violence. He soon discovers that he’s one of only three patients at the mental hospital, and Dr. Marcia Keenan tells him he’s been there since his 2011 attack on a co-worker. The facility is largely empty because most mental illnesses seem to be vanishing. A disease called Sudden Onset Psychosis Syndrome has been on the rise, however, and the Centers for Disease Control and Prevention doesn’t have any answers. When John befriends fellow patient Scooter, he learns that frequent gun massacres have swept the United States, and the planet teeters toward World War III. Once he’s deemed stable, John goes home with his loyal wife, Maria. From there, they watch TV media dispute what’s causing the spread of SOPS—which propels many victims into bloodthirsty rages. The gigantic Comet Filipov, streaking past Earth, is a cause that seems preposterous until it’s argued that comets have heralded doom throughout history, and science can’t fully explain the universe. Author Carr (Messages, 2013) does an exemplary job portraying the media circus surrounding the comet and the possibility of flesh-eating mobs; when asked about zombies, a leader from the CDC says the organization “vehemently rejects that term, and would strongly condemn any news reporter...using it in reference to victims of this crisis.” Early on, Carr employs jet-black humor reminiscent of Vonnegut, as when Scooter says: “I’ve got about another two months to live….Wanna play checkers?” But John becomes less sympathetic as the narrative progresses. Chaos envelopes the city, so he takes charge, telling Maria that he wants no “backtalk, no argument, no questions.” Later, the flight from civilization is handled well, and a truly unconventional ending makes for a worthy trip.

A great case made for the idea that the end isn’t nigh—it’s already here.

Now available for the Kindle; soon to be available in print.  More info about this novel, a free sample chapter, and purchase links are available here.