Can a zombie novel appeal to Christians? 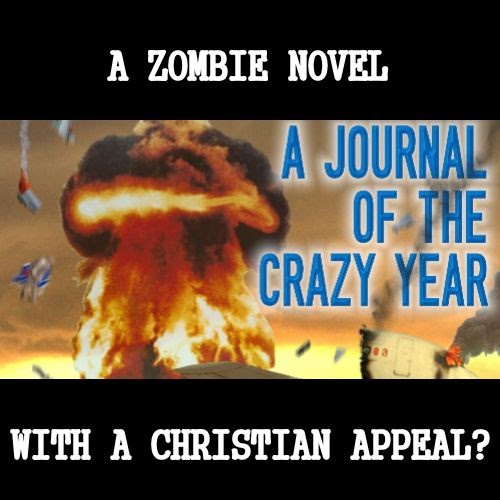 A Journal of the Crazy Year can, and does, as I just found out

Who would have thought that an apocalyptic novel featuring zombies running around savagely attacking people might have a Christian appeal?  But as it turns out, that is the case for my second novel, A Journal of the Crazy Year.

This week I’ve been doing a round of radio interviews to promote the print publication of the book.  One of the stations kind enough to invite me on to discuss the novel was the host of the Pete O’Shea Show on WTIS-AM in Tampa.

WTIS is a Christian radio station whose stated mission is that of inspiration.  I will admit I was somewhat surprised to have a broadcast outlet of that nature respond so enthusiastically to the press pitch (many thanks for the latter to my publicist, Rachel Anderson).  But soon it became apparent why a station with a spiritual format might have an interest in this particular story.


One big reason is that the station was celebrating “Action Week,” the theme of which was to help inspire and support people who want or need to change the direction of their lives.  “Don’t let fear paralyze you” is the general message, and of course hand in hand with that is the encouragement to rely on faith to get you through.

That does apply to me.  Two years ago, after 33 years of a successful career in TV news, I decided to take time off to pursue some projects I had always wanted to do but for which I’d never been able to carve out time from a very busy professional schedule.  In contemplating such a dramatic change, fear definitely is a factor, and believe me, you don’t take that kind of leap without a reliance on faith.  So Mr. O’Shea pointed to me as an example of someone who has faced that fear, overcome it, and gone on to do something entirely different.  (I won’t retell my personal story here, but you can follow this link if you want to know more about all that).

But then we talked about two plot elements that relate to Christian issues. 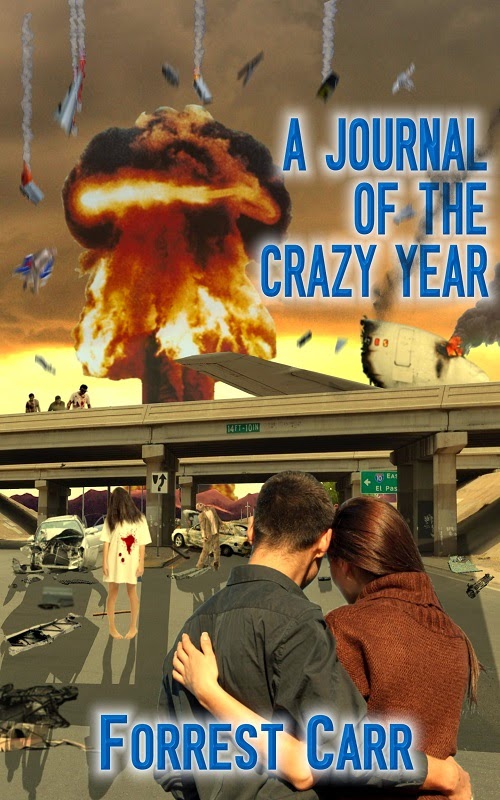 First among those is the fact that some people of faith—including some friends of mine—avoid the zombie genre entirely because they’re not comfortable with the idea of the occult; their faith teaches them that only God has the power to defeat death.  The characters in my book refer to the infected victims committing all the mass violence as zombies, but really they’re not dead and never were.  They’re alive but sick.  The disease in the novel was inspired by a real-life pandemic that struck a century ago, affecting some of its victims much in the manner the book describes (before sitting down to write I put on my journalist hat and did a ton of research on the disease).  The fact that the “zombies” are not “undead” raises all kinds of side issues of morality and legality within the story.  (“Zombies—can’t live with ‘em, can’t shoot ‘em.”)  There are no occult issues to challenge or raise conflicts with anyone’s personal beliefs, and if you allow me the leeway to suggest that a real-life disease that has struck at least twice before in human history could come back in a much more virulent form, then the events depicted in the novel really could happen.  (My decades-long experience in journalism gives me an idea of how such events would unfold—and, frighteningly, some what the book depicts is already happening.)

And then there is the strong theme of spirituality that forms a major element of the story.  The lead character, John Cruz, has all kinds of reasons to be mad at God.  In addition to his personal grievances, he has to grapple with the question of why a just, loving, and merciful God would unleash a possibly world-ending plague on humanity.  His wife has a strong faith in her maker, and her relationship with God is never shaken even for a moment no matter what calamities erupt (and they do).  But John has a tougher time with it.  Finally he comes to an arrangement with God, asking for just one more good day with his spouse, who is the love of his life.  The nature of that bargain and what John does to keep his end of it form the heart of the story.

I don’t want to mislead anyone—the book is not overly graphic but it is adult-themed.  Zombie-type characters tend to misbehave badly and mine excel at that; there is a lot of what the people who come up with motion picture ratings like to call “strong sci-fi action.”  However, those spiritual elements definitely are there and it’s what interested this particular Christian radio talk show host.

Here is a link to the broadcast.  To keep it legal and not violate anyone’s copyright, I’ve linked directly to the radio station podcast as posted on its website.  The interview starts a third of the way in; adjust the slider to about 30:00 or so.

The Kindle version of the novel is available from amazon.com; the print edition can be found there, too, and also purchased through any major online bookseller.  You can get more info, read editorial and reader reviews, download a free sample chapter, and see a wide variety of purchase links on my author’s website.  Find out why Publisher’s Weekly calls A Journal of the Crazy Year a “fascinating read” from top to bottom.   In addition to hopefully entertaining you, it might give you something to think about, as it did for “Bee,” a five-star amazon.com reader who posted, “I know this will stay with me for a while.”