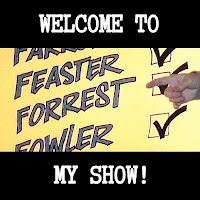 Well, Christmas season 2016 isn’t quite completely gone yet, but it is almost out of the picture.  In some ways I have felt like the Bubble Boy – I haven’t really been able to get out and about due to pain and to concerns about contagion (no danger to others just to me).

The lights of the Christmas season have delighted me more this year than in years past.  Again, don’t ask me why.  But I have tremendously enjoyed picking out and laying the little strands of light around the tree.  Actually, to be honest I should specify that Deborah has done all the laying out of Christmas lights while I’ve acted as sidewalk superintendent.  This works out slightly better for me because that way I can be there to physically intervene should anything appear to start to slide out of the way downhill or whatnot.

My physical pain is getting progressively a little worse by the day – hence the term "progressive.".  The pain shows up  mainly around my abdomen, middle girth; and lower side.  A couple hits of Dilaudid seems to send it on its way.  This is going to get progressively worse, I know, and it has me become progressively more worried about what end-game symptoms are going to look like.  There’s nothing to do be done about it, though—other than what I already am doing—and that is to brace for the worst but be prepared for the best. I share these concerns with you as part of my overall commitment to share everything I’m going through with my readers—the good, the bad, and the indifferent.   So, there’s a little bad and indifferent for you.

Here’re more good.  The same couple that gave a substantial donation in honor of Deborah and me to Interfaith Community Services had a mass said in our honor this morning at Our Lady of the Desert, 7101 W. Picture Rocks Road here in Tucson. The way this works is that the mass becomes a “Prayer for the Intentions of” the person or family named.  We gratefully accept that, and our intentions are simple:  we pray to God that people who find themselves in a situation similar to ours experience the joy we have of having others reach out to them in this manner.  There is no feeling quite like it.  To say it’s a balm for the soul would be the wildest exaggeration.  I would wish out loud that everyone could experience this if the cost weren’t so steep.

The first step isn’t a tough one, though.  The couple said their first was to simply visit the blog, (http://thebashfulbloviator.blogspot.com/ ) or just type “the bashful bloviator” into your favorite search engine, and to begin reading.

Let’s  see if there’s anything else happening before we close the attic door, so to speak. No, not really.  Because Deborah was so busy and I could not get about and about very well, we gave gifts best suited to ordering on line, and of course that means clothes.  I have to say that Deb looked pretty good in some of the outfits I got her, and I have to believe that she couldn’t have made up everything nice she said about me.  But we’ll see.  What I mainly needed were large loose-fitting garments and I got those in spades.

We’ve seen most of these already and have plans for the rest.

Having seen most of these specials many, many times, I was blown away to suddenly notice my name on the guest list--You know, the one Santa checks twice.  Forrest is not a common name.  But it's on the check-out list for Christmas Vacation, reserved in my name.  How could I  have never noticed that before?  How about that?  No admittance without ticket!
I Love Christmas!