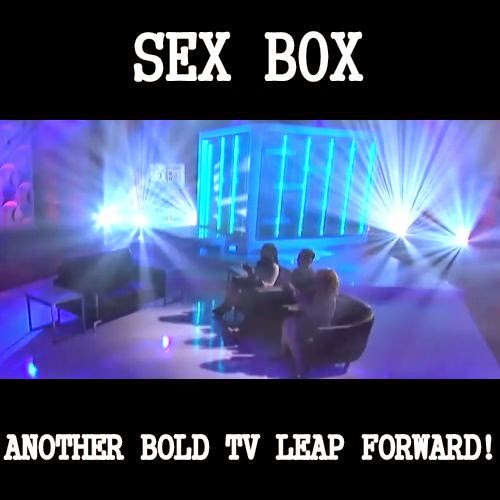 I don’t always post my radio rants.  But this one was more fun than the law allows (and I mean that literally, given that it was broadcast on an FCC-regulated facility and involves activities you can’t fully describe in such a setting).  My goal here was to make our board op and producer, Mark Ulm, blow coffee out his nose.  I pretty much succeeded.  In fact, I think I may have messed him up for life.  And best of all, everything I said is true.  A rough transcript is below; audio from the live broadcast is at the bottom of the page.

As a science fiction author, one of the things I’m called upon to do is to look into the future and try to figure out where current trends in modern society are taking us.  It’s an old science fiction tradition.  My personal idol Robert Heinlein was a genius at it.  In particular he did a really good job of figuring out where mass media was going.

I’ve got to say, I did not see this one coming.  Never, in my wildest imagination, at any point in my life would I ever, ever, EVER have come up with the kind of scenario that will hit America’s cable TV networks soon.


It’s about sex therapy.  The idea is that couples who are struggling with their sexual performance will appear on the program.  They’ll explain their sexual issues.  They’ll get help from experts.  And then—as God is my judge—the couple will go into a box and have sex.  Kind of like what’s going on in downtown Tucson right now in some of those so called “dream pods” that a federal judge has permitted the homeless to construct.

You heard right.  They’ll get their therapy, go into the box, and try out the advice they’ve just received from professional sex therapists.  And you thought Dr. Ruth and her cucumbers were provocative back in the 80’s.

The box is on set.  A live audience will be watching.  Now, I hasten to point out that the box has no windows.  There are no cameras and no microphones.  But the couple is expected to have sex.  While we wait.  (Hopefully not for too long, right?  I mean, we’ve got things to do.  And studio time is expensive.)  Do you think this will put any pressure on performance-challenged men by the way?

After a certain point, and with no signs that a couple is emerging, I can imagine a producer tapping on the box and saying something like this (cue the Jeopardy “waiting for answers” theme music):  “Hello?  Are ya’ll still in there?  How’s it going?  We’ve got a commercial break coming up.  We were hoping to hear from you right after that.  Hey!  You doin’ okay?  Ya’ll need any help?  Can we get you anything?  Maybe a magazine or something?  You know what kind of magazine I’m talkin’ about, right?”

If you were born around the decade I was then you may be an old school type who might have a hard time dealing with the idea of a couple—and the producers, we hear, are limiting it to two people in the box at a time for now (although, as we’ll see in a moment, they’re already hinting that could change)—having sex in a box and then blabbing about it in X-rated detail two minutes later as the next great innovation in what passes for  mainstream American TV.  But lest you think the program will immediately die a horrible death under an onslaught of outraged criticism, wait.  The producers of this program are geniuses.  They have figured out a way to neutralize any complaints that might come from the podium-pounding bible-thumping Christian right:  They’ve come up with an angle guaranteed to appeal to the liberal left and progressives.

What is it?  This:  some of the couples will be of the same sex.  Like all the contestants, they’ll seek advice from professionals on how to have sex with one another, and then try it out on the spot.  Well, not precisely on the spot.  But in a box nearby.  Sometime later (and if you’re a guy, by the way, I hope you’re in  there more than three minutes—just sayin’, dudes) we’ll get to hear all about whether the advice solved whatever problem they went in there with.

Now, one of the experts bills herself as doctor, couples counselor, and pastor.  That’s right.  She is a church pastor, she says.  The good reverend will be urging couples—who may or may not be married, and who may or may not be of the opposite sex—to go into the box, do the wild thing, and report back.  Her name is Dr. Yvonne Capehart.

Let’s sample a preview, shall we?  This is from an official We TV video clip where Dr. Capehart gives a pep talk to an emotional Brittany and Sally, a same sex couple from Phoenix appearing on the program.

CAPEHART:  “I personally, as a pastor, have certain beliefs.”

CAPEHART:  “But I may not get another chance to be a voice for the church.  Above all, we are to love.  You have a right to choose your path.  We have a right to show you love no matter what path you choose.  I’m a mother as well.  I have two sons.  The one thing I told my sons:  ‘Don’t live your life to represent me.  Live your life to represent you.’ ”

Can you imagine your pastor saying that?  Can you picture your priest or minister urging a couple of TV contestants to go into a box in front of a live audience and do the hokey pokey?  And then report back the results?  Man, maybe your minister is different from mine, but I’m having a hard time wrapping my brain around the whole “I speak for the Church as I urge you to climb into this box, do the moan and groan, and then come out and tell America how it went.”

I just can’t imagine any person of the cloth I’ve ever known doing that.  Actually, wait.  Yes I can.  I know of a couple of preachers in Memphis who—well, I’m not saying they’d actually give that kind of pep talk.  But if they did, it might sound something like this:

REV. PETER:  “I say get in there!  And give it all you’ve got, children!  Don’t hold back now!  Give one another that greatest gift:  Love!  Can I have an amen?”

At this point you have to be thinking:  “You are making this up, right, Forrest?  This is one of your skits, isn’t it?”

No.  Give me a stack of Bibles.  I’ll put my hand on it.  And swear by all that’s holy that I am not making up a word of this.  The Huffington Post has the article.

And here’s what We TV says about this program:  “Sex box is a groundbreaking, unprecedented and life-changing way for couples in crisis to heal their sexual and emotional issues.... The theory behind the sex box is based on a revolutionary, scientifically proven concept: in the first 15 minutes after intimacy, the body is flooded with oxytocins and endorphins enabling people to really open up and reveal the root of their problems. Our couples have sex on stage in front of live studio audience in a specially designed chamber – the sex box.... And when they emerge, the truth is shared. Out of the box television. 34 couples on a healing journey.  Three experts with provocative advice:  Sex Box.”

“Out of the box television.”  Get it?

Now, lest you think this is the ultimate sleazy, cheap, sensationalistic, exploitative, amoral, lurid, self-important, socially irredeemable attempt by yet another greedy ratings-mad American media corporation to make a buck, hang on.  Just because it looks that way doesn’t mean it is.  But it doesn’t mean it isn’t, either, and in this case, yep, you got it right the first time, as one of the sexologists confirms.  The Huffington Post asked one of the counselors, Dr. Chris Donaghue, that very question:  “What would you say to someone who dismisses the show as being scandalous or controversy purely for the sake of ratings?”  His answer.  “I would say they are correct.”

Really?  Total, frank honesty.  How refreshing.  But he goes on to assert that the program will have socially redeeming value.  “It’s an entertaining show but it’s also therapeutic and has an activist component for me.  These couples desperately wanted and needed help, and we gave it to them.  I get tweets from couples that were on the show still, thanking me for changing their lives. That’s powerful. I think it’s acceptable for a project to be both amusing and also life changing.  Sex is both.”

WOW.  Swingers?  And exhibitionists, too?  Aren’t the latter the kind of folks who wear raincoats to the park and that sort of thing?  I looked it up.  All I’m going to say is, I urge you to do the same.  Here, I’ll make it easy for you (beware: the linked Wikipedia article contains two explicit photos depicting nudity).

As you’re scrambling to find this on your local cable provider, the name again is "We TV."  They’ve been branding themselves as a feminist channel (one that “showcases and celebrates modern women who are bold, independent and taking control of their lives!”)  It’s not true that given their new direction they’re about to change their name to "We We TV."  It is on Cox Cable.  (Don’t look at me like that; those are the straight-up facts.  No, I didn’t mean that like it sounds, either.  Stop it.)  In Tucson, We TV is on Cox Cable Channel 71.  Comcast has it on Channel 117.  According to We TV, Dish and Direct TV carry them too.  The show airs on Fridays.

Too bad they didn’t schedule it for Wednesdays.  Think about it.

If you enjoyed this diatribe, there’s more where this came from.  I invite you to subscribe to my blog and also to check out my novels.

The actual radio broadcast of this material as it went out on the air is here: