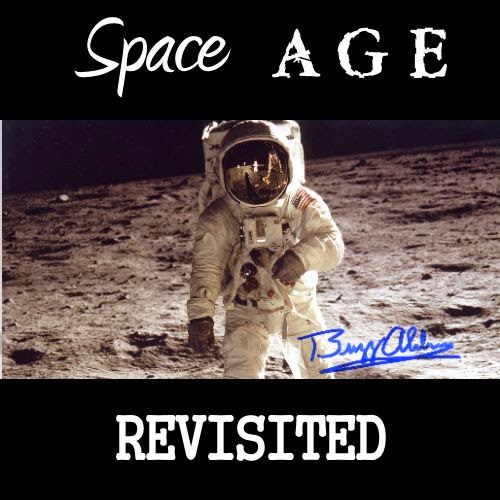 Before we had Neil Armstrong and Buzz Aldrin, we had William Shatner, Leonard Nimoy, DeForest Kelley, and Jimmy Doohan—fictional heroes, and real ones.  Of the six names I just mentioned, two are left.

Each of these folks were, and are, personal heroes of mine.  The reasons for that differ, of course.  The latter group inspired people of my generation to want to take that bold leap to the stars.  The former actually did it—or at least took firm steps in that direction.

The passing of Leonard Nimoy, a man who meant the world to me although we never met, reminds me of a sad truth about getting old.  The process of aging and worrying about getting sick and dying doesn’t suck half so much as watching everyone you’ve always known do it.  In fact, one way to measure the aging process is to count how many people and things you’ve spent most of your life loving or enjoying that are now gone.


What can I say about Leonard Nimoy that so many others have not been saying with more eloquence and passion all week?  He made us want to be better than what we are, and helped us do it.  Is there any better definition of hero?

Celebrities are a strange and wonderful thing.  You’re around them all the time by way of the mass media, so much so that you feel you know them.  But, of course, you don’t.   Nimoy tried to tell us that once, in his autobiography, I Am Not Spock.   Later he did amend his thinking to admit that Spock made up more of his being than he initially wanted to admit.  But the point remains.   Our conceptions of him didn’t match the reality.  But on the other hand, that reality can be so much more special and magic than the celebrity realizes.

William Shatner once tried to make the same point Nimoy had.  Reacting to what he saw as the obsession of fans, he famously said, “Get a life!”   I heard him speak in person, though, fairly recently, and it's pretty clear that he now realizes what he means to all of us, and why some of us are so devoted.

I wrote previously in detail about the circumstances that led me to hear Shatner speak in person, but here’s a summary.  A couple of years ago it occurred to me that even though I had not been a celebrity stalker by any stretch of the imagination (and in 33 years in the TV news biz, I’d encountered quite a few) there were some I really would like to meet.  These few were, in fact, on my bucket list—and I am not getting any younger.  I mentioned this to a coworker and specifically dropped Bill Shatner’s name, which led to an amazing coincidence.  My friend asked if I were aware that Shatner was making an appearance at the Phoenix Comicon in just two days.  I wasn’t.  But I scooted up the road, took in his show, exchanged about two sentences with him (okay really it was more like one apiece, but I did get to tell him that he was the top celebrity on my bucket list) and wound up with a picture of the two of us posing together.   Check.

And then there was a second, even more startling coincidence.  The following week, I was talking with this same friend, and I mentioned that meeting some of the Apollo astronauts also were bucket list items of mine.   He asked if I were aware that some of them would be in Tucson for Spacefest that very weekend.   I wasn’t.  Off to the event I go, where I got to hobnob with several of the Apollo astronauts, idols of mine who never in a million years did I ever think I’d get a chance to see in person, much less actually speak with.  Check, check, check, and check.

My conversation with Buzz Aldrin in particular shows what a wonderful and small world it is.   A close acquaintance of mine, the daughter of my best friend, competed with him on Dancing with the Stars.   He remembered her, of course.   So here I am, talking with the second man to walk on the moon (actually, I think he and Neil Armstrong both were first), and what do we find to chat about?  A mutual acquaintance.   Quite literally, that was a conversation that was both out of this world and down to earth, at the same time.

I also got a chance to speak with Dave Scott.  Now, what might surprise some—and certainly did surprise him—was that I was most interested not in hearing him tell me about driving the lunar rover and all that, but about Gemini 8, where we came close to losing two astronauts in space without most Americans ever realizing it.  As a kid, I watched every space launch on TV, where they all got continuous coverage.  Scott told me something about his Gemini flight that is not generally known.  Gemini 8 was the first and only space flight where Mission Control unpatched the astronauts’ voice circuit, so that only controllers, not the public, could hear it.  As the spacecraft tumbled wildly in increasingly violent high-gee gyrations due to a thruster malfunction, for a moment NASA feared Scott and Neil Armstrong were about to check out, right then and there, live on the air.  Of course, that didn’t happen, but only because Armstrong fired up the re-entry thrusters and saved the day (at the cost of aborting the mission) 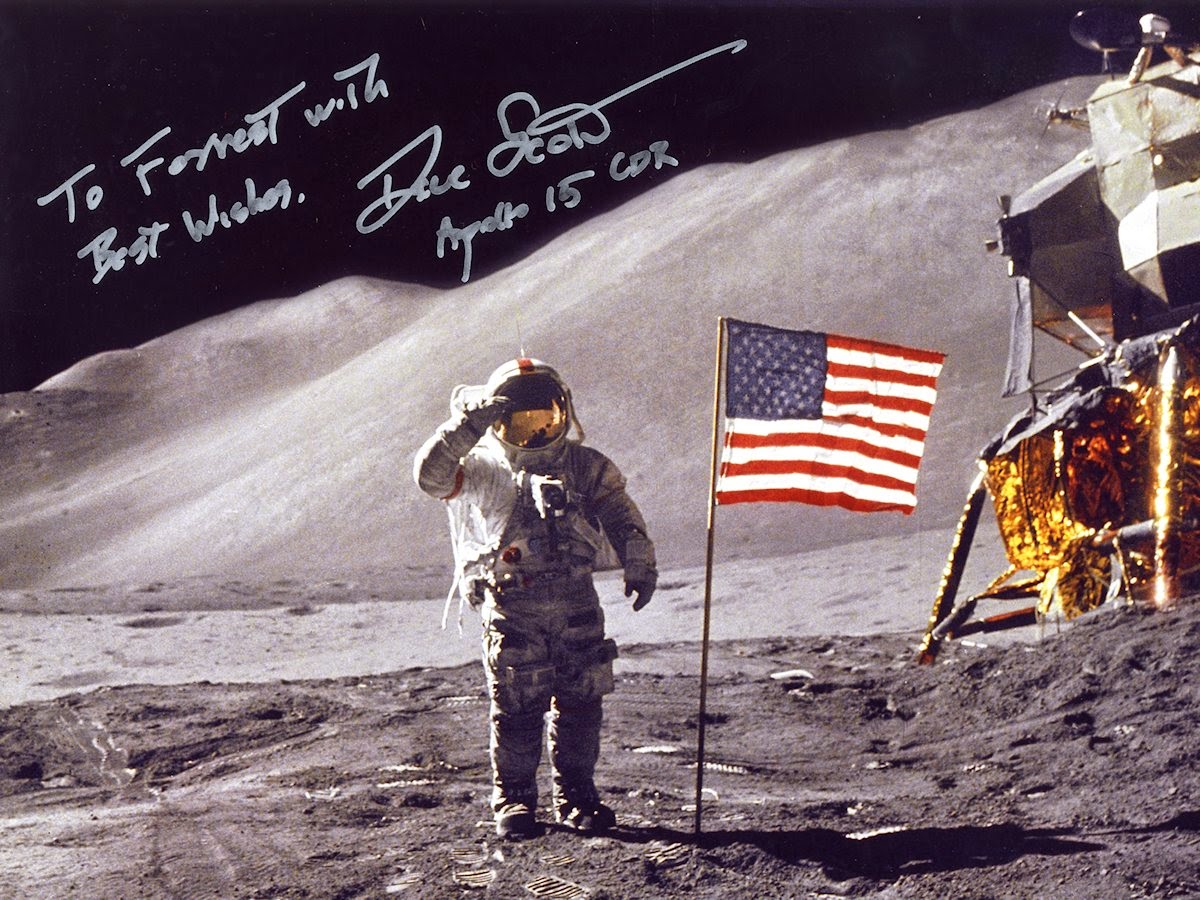 with maybe 30 seconds to spare.  And here I was, chatting with Scott about it as casually as you’d discuss the weather over a cup of coffee. For an aging hero-worshipping space flight nut like me, it doesn’t get better than that.

I also got to meet two other heroes of mine, Fred Haise of Apollo 13 and Gene Cernan, the last man to step foot on the moon.   Cernan does a lot of interviews and is the most articulate of the Apollo astronauts.  I told him that—and, having noticed my media badge, not only did he seem genuinely appreciative of the professional feedback, but wanted to chat me up about the media.  To him, it was just another conversation in a long series of same with starry-eyed fans.  To me, it was one of the highlights of my life.

Two things really started me down the path of dreaming about space travel and space travelers.  The first was the advent of the sci-fi series Lost in Space in 1965.  (One of the most traumatic events in my early life was that a family trip caused me to miss episode #3, where The Jupiter Two crash landed.  It
took me 20 years to finally catch up to it and get closure.) In my kid view the series started off great, but then it quickly got silly.  By a year later, I was over it (even at the age of 8 I knew schlock when I saw it.  But that in no way lessened the value and impact on my imagination of the first five episodes.  Interestingly, many years later I would get a chance to meet June Lockhart at a TV news convention, who pretty much agreed with that assessment!)   So on that September day in 1966 when Star Trek debuted, I was glued to the set, eagerly awaiting the next grand adventure.

The show was pure magic, and got better with every episode.  It dreamed of the advancement of mankind while actually making it happen.  Have you ever seen the classic sci-fi movie Forbidden Planet?  It starred Leslie Nielsen (yes, that Leslie Nielsen of Naked Gun fame—someone else we’ve lost, by the way.  But he was the Captain Kirk of his day).  Nielsen was the captain of a starship who visits a Mysterious and Troubled Alien Planet.   You can tell that Forbidden Planet was an inspiration for Star Trek (and Gene Roddenberry later confirmed that it was).  But what a difference!  Leslie Nielsen’s crew was all male, and all white.   There was only one woman in the whole movie, a sweet young thing whose only role in the plot was to inspire horndog madness in all the guys, which in return triggered the unleashing of Fearsome Alien Forces on everyone.  Almost all science fiction prior to Star Trek was filled with monsters and ray guns.  Roddenberry, for the most part (okay, he did have to throw in the occasional monster to appease NBC) rose above that, and made us aspire as a race to be better than what we are.

That is why I love those folks.  Collectively they defined not only what we must do, but what we must become in order to be worthy of traveling to the stars.

Only a few of those early heroes are left.  Yes, incredibly, we now live in a world where the first man to walk on the moon has died—of old age.  But their ideals remain.

So, Leonard Nimoy, here’s to you.  You added to our culture in so many ways.  You lived long.  And thereby, we all prospered.

I invite you to subscribe to this blog and also to check out my author's website, where you can find reviews and sample chapters for my novels.